What are the health benefits of hearing aids?

Did you know that hearing aids can do much more than just help you hear?  Increasingly, research is showing that they may also make you healthier.  That’s because hearing loss doesn’t just affect our ears. In fact, recent evidence links hearing loss to other, serious issues like dementia and falling.  And in this time of social distancing and self isolation, hearing loss creates another danger.

“Hearing loss can give observers the impression that you’re not interested in conversation,” explained Harvey Abrams, PhD, an audiologist on the graduate faculty at the University of South Florida in Tampa who studies the effect of hearing aids on overall quality of life. “People begin to withdraw from activities that would put them in touch with others and that can lead to loneliness and depression.”

Can hearing aids make you healthier? 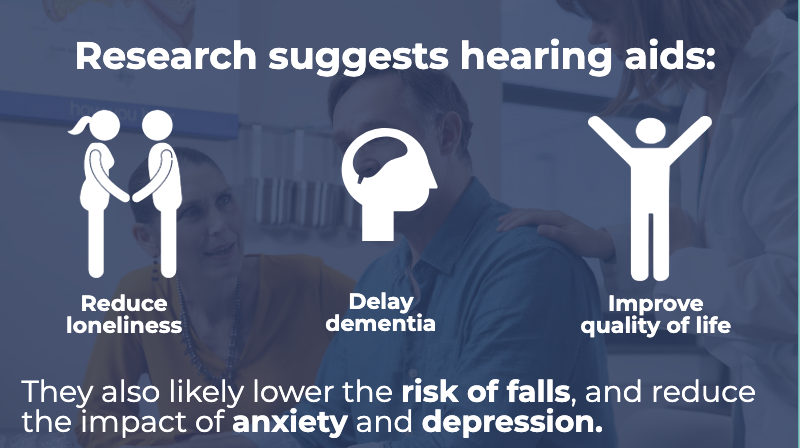 The links between hearing loss and a host of problems have prompted research on the question of how better hearing might protect you. The impact of hearing aids is a new and growing field, and the findings are mostly positive. More than a decade ago, research suggested that hearing aids improve overall quality of life.

Hearing loss is far easier to correct than many of the problems it may be related to, so this is great news for public health, experts say.

To reach this conclusion, a large team of researchers led by Elham Mahmoudi, a health economist at the University of Michigan, pulled five years of claims data nationwide from a managed care provider, finding nearly 115,000 seniors who met their criteria—a new diagnosis of hearing loss and no history within the previous year of the medical issues under study. The team also looked for other conditions associated with hearing loss like diabetes, obesity and heart problems and adjusted their calculations to make this sample typical. The next step was to analyze the sample’s history for the next three years.

The study confirmed earlier evidence that people with hearing loss are more likely to develop dementia—in this sample, 13.9% did, compared to about 12% in the general population age 66 and up. Also, nearly 13% of the sample had an injury in a fall (compared to 7.5%) and 33.6% were depressed (compared to 25.2%).

Only a randomized trial can show cause-and-effect, so this study isn’t conclusive that hearing aids protected their users, though it seems likely.

It also doesn’t mean hearing aids solved an underlying issue. Instead, hearing better probably bought time, delaying onset of symptoms. Left untreated, hearing loss may be a sign that dementia, for example, could come about two years earlier, according to research.

Scientists suspect a classic feedback loop: Cognitive decline makes it harder to understand what you hear, and hearing loss puts a burden on your cognitive resources, leading to changes in your brain. Isolation, loneliness and depression feed into this loop as well. Loneliness increases your risk of dementia by as much as 40%, and may even be a symptom of early brain changes, as suggested by a small brain scan study.

Catching hearing loss early may be important. If you can hear a sound of 25 decibels—about the loudness of a whisper—you are considered to have normal hearing. But even slight hearing loss could be linked to cognitive decline, according to 2019 research from a team based at Columbia University. In fact, the team found a significant link to cognitive decline for every 10 decibels of loss and most dramatically in those who were just 10 decibels short of perfect hearing.

Middle age may be the turning point. In another 2019 study of more than 16,000 Koreans newly diagnosed with hearing loss over a decade, hearing loss emerged as a significant risk factor for dementia most strongly in people ages 45 to 64.

The link between hearing loss and falls

Both hearing loss and depression are associated with a higher chance of a fall, a growing problem among the elderly, and falls tend to deepen depression and increase the risk of death.

A 25 decibel hearing loss, equivalent to going from normal to mild hearing loss, may triple your chance of falling, according to a study of people in the middle years—from 40 to 69—when hearing loss often first develops and you’re less likely to guard against falls.

The link between hearing loss and cardiovascular disease

Age-related hearing loss is usually in the higher frequencies. But it turns out that low-frequency hearing loss may be a marker of a greater chance of stroke, peripheral vascular disease and heart attack.

In a 10-year study of nearly 4,000 British men age 63 to 85 who were living in the community, men with untreated hearing loss were more than a third more likely to have a stroke or heart attack and to die of a cardiovascular event than men without hearing issues, but wearing a hearing aid lowered their risk. Although earlier research suggested that smoking and atherosclerosis explained the link between hearing loss and cardiovascular problems, this new study found a link even in men who didn’t smoke or have other heart risks.

Get your hearing checked every year! 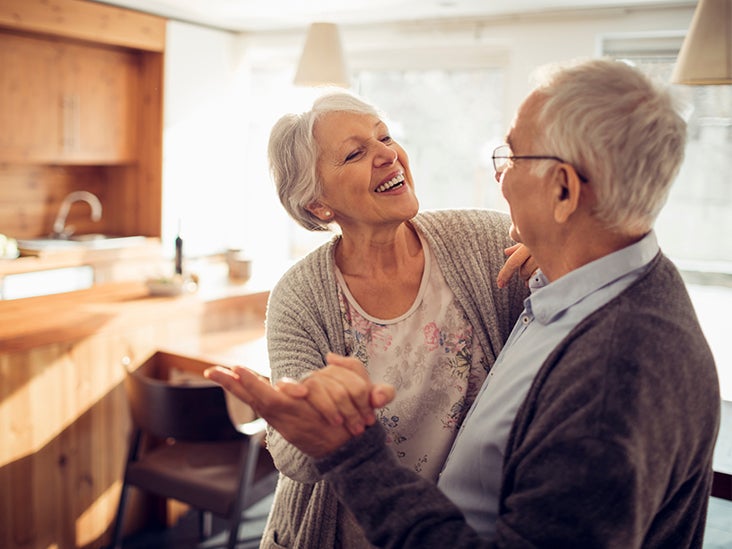 Wearing hearing aids is one of the easiest things you can do to protect yourself against risks like falling or a debilitating illness like dementia if you have hearing loss.  So be sure to get your hearing checked regularly as you age.

Contact us today for an appointment with one of our highly trained Audiologists.

COVID Update: We are currently seeing patients in all of our offices utilizing a COVID safety protocol. Please click here for more information..